Brand Loyalty and the desire for sameness in food. 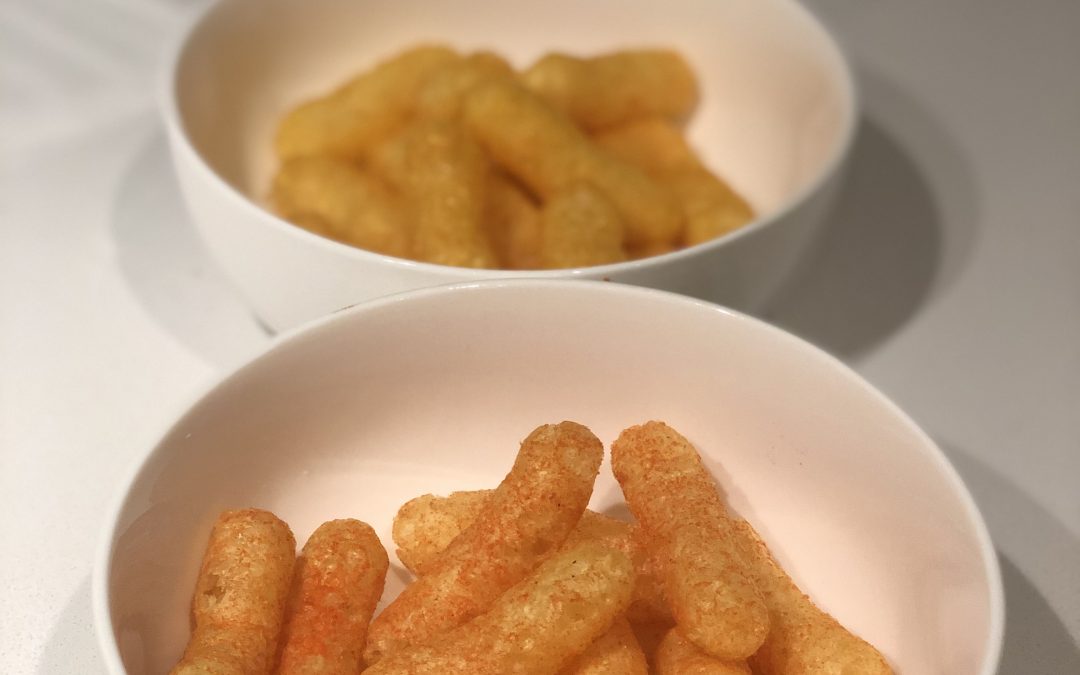 Many children we work with have a brand loyalty. Brand Loyalty and the desire for sameness in food means children like to have the same food in the same packaging.

They often eat these foods repeatedly and want the food cooked the same way each time. If
something about the food changes or the packaging changes the food may not be eaten. I have had
parents tell me their child has stopped eating a specific food as a Pop star’s face was on the packet
of their preferred crisps.

Brand Loyalty and the desire for sameness in food for children:

The drive for the sameness in food is often born out of fear of the unknown. Many of the children
have a severe disgust of unfamiliar foods. They show a fear response to new foods or ones that are
not exactly as they are expecting. By having the same foods, cooked the same way and made by the
same manufacturer means the child knows what the food will smell, feel and taste like in their
mouth. They have a plan on how to eat the food and all the things the same make the food feel safe
to them. The packaging is the first signal to them that the food is safe. If anything changes, they no
longer feel safe about the food and they can’t eat it.

Their fear response is triggered so they no longer eat the food.

As fear and anxiety around a food increases so they become more vigilant about
every detail of the food and it’s packaging and they notice any tiny differences.

How to overcome brand loyalty and the desire for sameness in food: 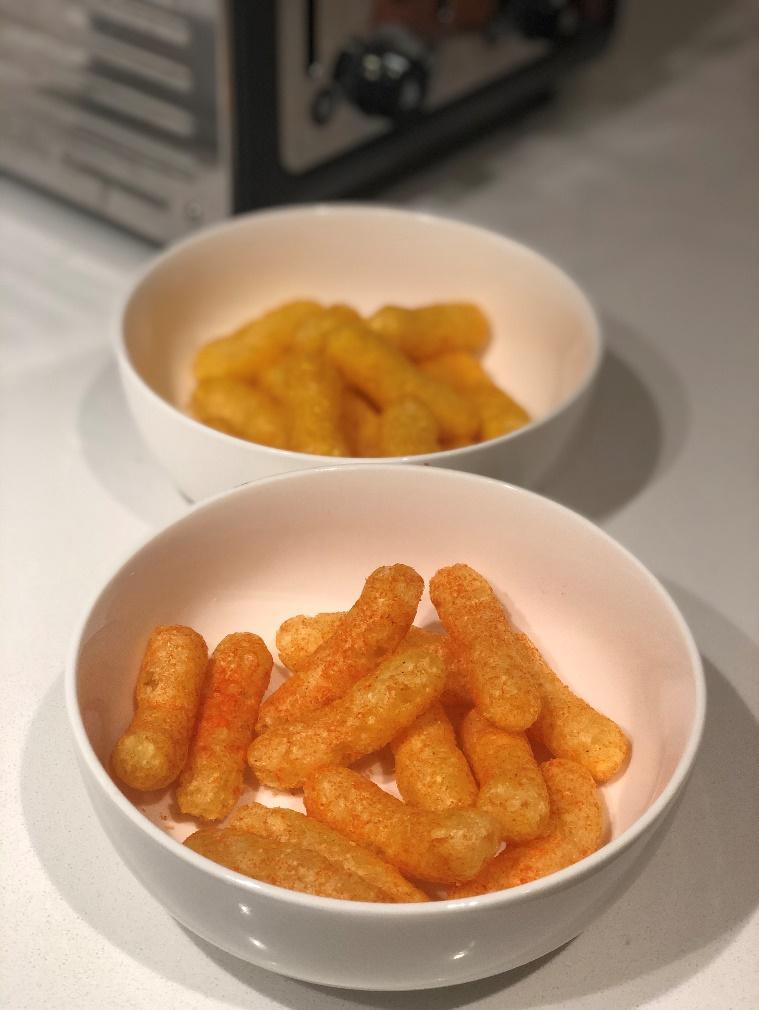 Many parents tell me their child won’t eat fish fingers or chicken nuggets if the crumb has come off.
Without the crumb the food looks different and they think it will feel different in their mouths, so
they don’t want to take the risk of eating it. Many children will say they want to eat different foods
and may ask for them to be cooked but when they are faced with the food the fear, they feel is so
great they just can’t do it.

It would be like me saying I wanted to do a bungy jump I can try to
convince myself that it will be fine, I can watch the enjoyment others get from the bungy jump and I
may get as far as going up to the height where they jump but once I look over the edge my fear of
heights is so great, I will feel extreme anxiety, feel sick and potentially start to have a panic attack.
Although my intention was there, I just can’t bring myself to do it. I have a genuine fear of heights
the same as many of the children we work with have a fear of food.

I have been working with a child with ARFID (Avoidant, Restricted, Food, Intake Disorder) recently
and one of his preferred foods is Organix Carrot Puffs. He eats up to 6 packets of these a day and his
Mum has tried to get him to eat Aldi’s own brand, but he has refused. The cost of the Aldi puffs is
substantially less than the Organix brand so enabling him to switch brands was our first goal which
we achieved quite quickly.

How Magnificent Munchers can make a difference for your child:

This is what we did.
We opened both packets and looked at the two brands and found as many similarities as we could
between the 2 products:

1 the main crisp is the same colour
2 the same size
3 the same shape
4 they snap the same
5 they both have an orange crumb on the outside
6 when you snap them in half, they are both a yellow colour inside
7 when you snap them in half you can see the holes in them both the same
8 they feel the same when you rub them with your finger
9 they are both dry
10 they both smell the same
We empathised there are 10 things the same about these 2 crisps. Then we went onto list the
differences:

1 One crumb is more orange than the other

What my sessions involve:

We agreed we couldn’t find any other differences but at this point we hadn’t eaten them. I said I
would eat one and describe what happens in my mouth and was able to add to the things the same
as they both almost melt in the mouth with minimal bites. I also had to be honest as his preferred
brand did taste a little sweeter than the other brand but that taste only lasted for a second then the
texture of the crisp took over.

We played with the crisps for a while making pictures with them then we moved them towards our
mouths and licked them both starting with the preferred one. This was acceptable so we moved on
and he was able to bite one and remove it from his mouth then feeling more confident he was able
to chew the new one and ate it. He agreed it was very nearly the same and was ok. We then
alternated between his preferred one and the new one.

At the end of the session, he had agreed to take half of the new ones and half of the preferred ones
to school. His Mum decamped them out of the packets and he accepted them in his packed lunch.
With the recent lockdown he started to have lunch at home and saw the packets at each meal. The
Aldi packaging then changed, and he refused to eat them again and went back to only eating the
Organix brand as he said the ones in the new packet would taste different.

How can you help your child?

We had to revisit our session and start the process again and he is back to eating half and half of the
Aldi and the Organix ones.

Brand Loyalty and the desire for sameness in food.

My top tips to help your child change brands is:
1 Compare the two brands and find as many similarities as you can

Jacqueline Parkinson is a Children’s Occupational Therapist (OT) and the owner of Magnificent
Munchers. She is based in Harpenden Hertfordshire. She worked in the NHS as a Children’s OT in the
community for 22 years developing an interest in children’s eating difficulties in 2014 when she won
the trusts “Dragon Den” competition using the prize money to set up a time limited multidisciplinary
group for children on limited diets.

In 2017 Magnificent Munchers was born and now offers both group and individual sessions for
children with typically less than 20 foods in their diet. Jacqueline has a team of Health Professionals
working with her including a Speech and Language Therapist, Dietician, Mindfulness coach, First
Aider and two therapy assistants.

This website protects your privacy by adhering to the European Union General Data Protection Regulation (GDPR).
We request use of anonymous data to improve your experience on this site.
Reject Accept

This website uses cookies to improve your experience while you navigate through the website. Out of these cookies, the cookies that are categorized as necessary are stored on your browser as they are essential for the working of basic functionalities of the website. We also use third-party cookies that help us analyze and understand how you use this website. These cookies will be stored in your browser only with your consent. You also have the option to opt-out of these cookies. But opting out of some of these cookies may have an effect on your browsing experience.
Necessary Always Enabled
Necessary cookies are absolutely essential for the website to function properly. This category only includes cookies that ensures basic functionalities and security features of the website. These cookies do not store any personal information.
Non-necessary
Any cookies that may not be particularly necessary for the website to function and is used specifically to collect user personal data via analytics, ads, other embedded contents are termed as non-necessary cookies. It is mandatory to procure user consent prior to running these cookies on your website.
SAVE & ACCEPT