People often ask me how I became interested in fussy eaters. I think it stems back to my own childhood.

I grew up in a local authority boarding school in Kent in a beautiful mansion house. Our surroundings were beautiful but our lives difficult. We ate most our meals in a large dining room where we had to go up to a central table to be served. The food was made on the premises but mass catering is often not the greatest. We could choose a small, medium or large portion. I never liked meal times and always chose the small portion. I spent most my mealtimes thinking how to get rid of the food, sometimes tipping it on the floor, hiding in my clothes or pouching it in my cheeks to spit into the toilet later. 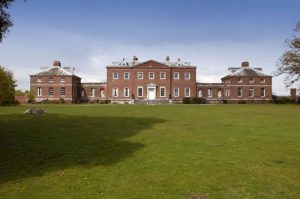 I wouldn’t say I was a fussy eater I just never really liked much food. There were also some routines of the school which only served to encourage my dislike of certain foods. We started each day with a run (no matter what he weather) but our hot chocolate would be made before we started out so you can imagine a lovely skin had formed by our return. If we didn’t eat we were spoon fed it. Uneaten meals were sometimes returned at the next meal or punishments given if food not eaten.

My next blog will explore more about what we mean at Magnificent Munchers when we talk about fussy eaters.

At this time, I also developed a taste for foods which I now appreciate some people may consider odd. We had fish fingers, eggy bread with tin tomatoes, Ryvita with cream cheese and marmalade alongside tin pineapple for breakfast. Scrunch (baked stale bread) with dripping as snack.

I carried some of these foods into my children’s meal times and thought nothing of it until my son came home from school one day after a tea date telling me that fish fingers are a dinner not a breakfast food. I disagree food is food and enjoy it at any meal you want, there is no food police!

Fast forward to my late teens and I met my now husband who introduced me to the fact that eating could be pleasurable and so my repertoire of food and enjoyment of food increased. Moving into my early 30’s I had my first child who was born 8 weeks prematurely. He spent 5 weeks in special care most of that time was focused around feeding and his weight gain. I knew I wanted to breast feed but was so stressed my milk production was low. He was tube fed for some time and I seemed to spend much of my time on the unit having my breasts pulled and examined by a number of lovely nurses who all seemed to have words of wisdom to help with my feeding once my son’s sucking reflex developed.

Eventually we were discharged home but there remained concerns about his weight gain so a health visitor visited us daily to weigh him and so began my slight obsession with his weight and food intake.  My son developed well but remained a very skinny, small child on the 9th centile so we visited paediatricians and health visitors who were all very supportive but with all the concerns over weight getting food into our son became our mission.  At mealtimes we read to him, played aeroplanes delivering spoonful’s of food and persuading him to take just one more mouthful for Mummy!

Three years later my daughter was born, only 3 weeks early and breast feeding was easy, she also took a bottle which her brother had refused to do. She worked her way through weaning without any difficulty but then started to become a bit fussy. Fast forward to the start of school and she ate the school dinners but demanded the same snack each day after school, complained about the smell of foods at home and wasn’t keen to try new foods. Crusty roll, mayo, no butter, ham and cucumber became her staple food for lunches at weekends or anytime a sandwich was offered. This continued for a long time. Although she ate a reasonable range of foods I realised getting her to eat new foods was becoming increasingly more difficult and if she was stressed then a new dinner would end up either on the floor or the bin as she refused to eat it.

In 2014 I was fortunate in my role as a Children’s Occupational Therapist within the NHS to be offered the opportunity to go to Dublin to complete the SOS (Sequential, Oral, Sensory) training. In my role as an NHS OT feeding was often one of the areas parents told us that their child was struggling with and they were not able to access any specific help within the NHS as their children were often growing and gaining weight. I could empathise with the parents through some of my own experiences with my children but I still didn’t really know how to support them, so the SOS seemed an amazing opportunity to gain some specific training. I completed the training and returned to my NHS job enthused and eager to get started with what I had learnt.

My manager was very supportive and agreed I could start a group with children already know to the OT service which I did and saw how the approached worked. A few months later our trust advertised they were running a Dragons Den and invited any employee to put forward an idea to develop a service. The deadline was only 2 weeks. I put together an outline for a multidisciplinary team as I knew these children would potentially make more improvements with the input of a Speech and Language Therapist, Dietician and Psychologist.

The day of the Den came around quickly and with my sweet potato in hand I made my pitch to our 5 dragons and won! The “prize” was a budget of £5000 and the support of a Dragon to develop a service. I couldn’t believe it and dived head on into a world of business plans, budgeting and recruiting which was completely alien to me but was successful and so our multidisciplinary group for children with sensory based eating difficulties began.

We ran 2 groups for 14 weeks and spent our budget. The children made progress with their eating and I had further meetings with management about potentially developing a service but then I became ill and had to take 6 months off work. When I returned the manager, I had been working with had left, budgets were tighter and the OT service working to full compacity so there was no scope to develop the service further especially as the children the group was aimed at were typically growing and gaining weight and therefore within the scope of the NHS did not fall as a priority for services.

Knowing that there was still a need for a service for these children I decided to develop my own practice and build my own team and so Magnificent Munchers, Therapy for Fussy Eaters was born. We offer both individual and group therapy sessions for children. Get in touch today if you would like to discuss your child’s needs.

My next blog will try to unpick the meaning of fussy eaters.

Jacqueline Parkinson is a Children’s Occupational Therapist based in Harpenden (Hertfordshire), and helps children from 2-15 years of age with eating problems.

This website protects your privacy by adhering to the European Union General Data Protection Regulation (GDPR).
We request use of anonymous data to improve your experience on this site.
Reject Accept
GDPR Policy

This website uses cookies to improve your experience while you navigate through the website. Out of these cookies, the cookies that are categorized as necessary are stored on your browser as they are essential for the working of basic functionalities of the website. We also use third-party cookies that help us analyze and understand how you use this website. These cookies will be stored in your browser only with your consent. You also have the option to opt-out of these cookies. But opting out of some of these cookies may have an effect on your browsing experience.
Necessary Always Enabled
Necessary cookies are absolutely essential for the website to function properly. This category only includes cookies that ensures basic functionalities and security features of the website. These cookies do not store any personal information.
Non-necessary
Any cookies that may not be particularly necessary for the website to function and is used specifically to collect user personal data via analytics, ads, other embedded contents are termed as non-necessary cookies. It is mandatory to procure user consent prior to running these cookies on your website.
SAVE & ACCEPT